This morning has began like yesterday's morning.
Naina fed me from the "Kangaroo", gabe me my medicine, started my daily massage. Rogi slept after a white night (because of me), when I heard her cell ringing (she adopted Eyal Golan's song "mother" as a rington)
"Rogi is crying?" I asked N. that like me heard un usual voices from their room.
"go check" I said to her.
"She is on the phone, she is crying" N. reported to me.
I panicked. I haven't seen R. crying for a year and a half since she is with me. Something terrible happened if she is crying.
I waited in anticipation for her to come to the room.
R. came, her eyes red, excited.
"I spoke to my mom (in Nepal). There was a fire at my brother's house and his whole house was burned down. Thank god no one from the family got hurt, but the landlord's daughter, a 20 years old girl, was burned to death".
"How this happened?" I asked caught up in her excitement.
"My brother was not at the house at that time" she said "my sister in law took the two youngest children to my parents. The oldest son, 11 year old boy, stayed home with a friend. The children smelled gas from the main tank of the building, the landlord's youngest boy went to check the tank with a lighting candle (!) in his hand and the fire burst into flames.
Since that the tank is near my brother's room the flames caught up in the drapes on the window. The kids were panicked and spill water all over the floor which intensify the flames. My nephew ran, hide in the bathroom and call for help.
Eventually, a 15 year old boy broke the bathroom window and pulled my nephew out".
By the way, her brother's children love Rugi tremendously and she sees them as they were her own.
"Thank god they didn't get hurt! I said to my brother, his only concern should be for the kids. I'll handle the possessions" said in relief.
That wasn't usual morning.
_______________________
Translated by Elinor 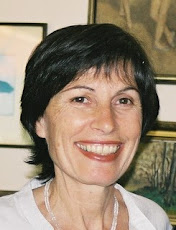